At last, women’s cardiac health gets the attention it deserves

Following the awarding of 50,000 euros to Daniel Vaiman, Director of Research at Inserm, in the shape of the first ‘Danièle Hermann – Coeurs de femmes’ Research program grant, Véronique Radier, health correspondent at l’Obs, takes a closer look at this amazing step forward. This is the first research work to be dedicated specifically to women’s cardiac health. This article may also be found (in French) on the l’Obs website

This award is designed to combat the relative lack of resources devoted to women’s cardiac conditions compared to men’s cardiac issues, despite the fact that women’s illnesses are taking an increasingly heavy toll. 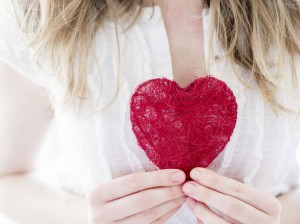 Mention the words ‘heart attack’, and you’ll probably think of a stressed fifty year old man, overweight and sweating at the slightest exercise. Nowadays, heart conditions are the number one cause of death in women over the age of 55. Although breast cancer is talked about far more in the media, cardiac illnesses actually kill ten times as many women as breast cancer does.

The problem is that at the present time, we know nothing, or virtually nothing about these cardiac conditions as they specifically affect women. The ‘Danièle Hermann – Cœurs de femmes’ Research Program run by the Foundation for Cardiovascular Research, itself attached to the Institut de France, saw the light of day thanks to the generosity of a sufferer from a heart condition who is now no longer with us. The award was granted on Friday 24th June 2016 to the first research project to focus on a specifically female cardiovascular condition, with Daniel Vaiman, Director of research at Inserm, leading the team. This project looks at Pre-eclampsia, a pregnancy disorder which can cause major cardiovascular health issues.

Incredible though it may seem, to date, there have been no research projects specifically targeted at women’s cardiac illnesses. A 2014 Canadian study showed that when women suffer a heart attack, they receive slower treatment than men, because hospital staff are slow to even consider they may have suffered such an attack. They are sent for fewer tests and are generally treated with less urgency. This results in lower survival rates amongst women. What’s more, women are also victims of a little-known gender bias in research laboratories.

We know much less about women’s health than men’s, at the current time. This is due to an old prejudice which dates back to the 19th century or earlier and which is still alive and kicking in research labs today.

Regardless of their research focus, researchers prefer male laboratory animals to female by a large margin. This little-known sexism is based on the preconception that female mice and rats, because of their menstrual cycles, exhibit hormonal fluctuations which could create unexpected variations in lab tests. However, a huge meta-analysis conducted in 2014 by the US Department of Health and Human Services demonstrated this to be inaccurate. Collating data from many different studies, this research showed that female mice are no more likely to generate variable test results than their male counterparts.

Segregation in the test tube

Researchers found even more – this ‘test tube segregation’ wasn’t confined to lab animals. Even when it comes to protocols requiring the use of living tissue, or single cells, they nearly always use material containing X and Y chromosomes (male), rather than just X chromosomes (female). In the pharmaceutical industry, when the time comes to test a new medicine, this is usually done exclusively on male subjects.

This has resulted in a huge gap in our knowledge with regard to the specifics of women’s health, which is all the more unfortunate as men and women do not react to illnesses in the same way. For example, multiple sclerosis is far more common amongst women. In contrast, young boys are four times more likely than girls to be diagnosed with autism, and we have no idea why this is.

As of October 2014, US researchers must carry out their experiments using a mixture of male and female animals if they are to obtain public funding. This directive was laid down by two directors of the NIH (National Institute of Health) and published in an opinion piece in ‘Nature’ magazine, signalling their desire to ‘transform how science is done’.

In France, no such measure has yet been taken. It’s high time that changed!