Stem cell therapy and the treatment of heart failure: for the first time, cardiac cells derived from human embryonic stem cells are transplanted into a human heart 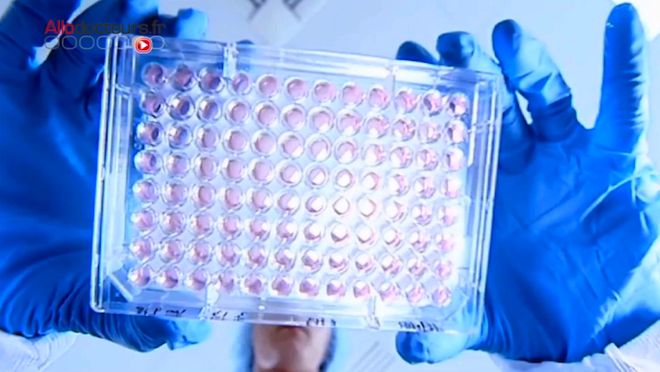 On 21st October 2014, Professeur Philippe Menasché and his team from the Cardiovascular Surgery department at the Hôpital européen Georges Pompidou-AP-HP successfully carried out a transplant of cardiac cells derived from human embryonic stem cells , They used a procedure developed by the Département de Biothérapies Cellulaires et Tissulaires (Department of Biotherapy) at the hôpital Saint-Louis, led by Professeur Jérôme Larghero, with research having been carried at by the group at the Inserm institute of health and medical research.The operation concerned a 68 year old woman who was suffering from severe heart failure. A heart bypass was carried out on the patient at the same time. Ten weeks after the operation, the patient was doing well. She was in much better health and no complications had ensued. This highly-promising advance was presented on Friday 16th January 2015 at the 25th Journées Européennes de la Société Française de Cardiologie (the French Society of Cardiology’s 25th annual European event).

The transplant was performed as part of a clinical trial supported by Assistance Publique – Hôpitaux de Paris (the public hospital system in the Paris region). Teams from the AP-HP, Inserm and the universities of Paris-Descartes and Paris-Diderot all took part in this initiative. The cardiac cells were prepared using a technique perfected by the  Département de Biothérapies Cellulaires et Tissulaires at the hôpital Saint-Louis. The Cytogenetics Laboratory at the hôpital Antoine Béclère and the Agence Générale des Equipements et Produits de Santé, AGEPS of the AP-HP (the body charged with researching, assessing and purchasing medicines and medical equipment in the Paris region) also contributed to preparing this trial at its phase 1 stage, which seeks to evaluate the safety and feasibility of the procedure. 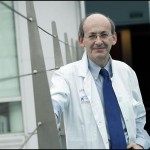 Over the last 20 years,  Professeur Menasché, currently co-director of an Inserm team working at the PARCC (Paris-Centre de recherche Cardiovasculaire/the Paris Cardiovascular Research Centre), has, together with his team, been working on how to use stem cell therapy to treat heart failure. The team first carried out laboratory tests where skeletal muscle stem cells were transplanted into areas of the heart affected by necrosis. On 15th June 2000, for the first time anywhere in the world, these cells were were injected into the heart of a patient undergoing bypass surgery . Following a number of similar procedures, all of them carried out in tandem with a heart bypass procedure, the team organized a randomized, placebo-controlled, European multi-centre trial. The results of this were not able to establish that these cells had any clinically significant benefit upon patients’ cardiac contractile function.

One of the conclusions drawn from this trial was that  in order for the procedure to be effective, the cells being transplanted needed to be as similar as possible to those in the tissue being treated, in this case, cardiac muscle. At this point, the decision was made to experiment with embryonic stem cells. These cells were obtained from IVF embryos, which are pluripotent, in other words, they can give rise to any of the cell types making up the human body, including cardiac cells. For this to happen, they must be grown in laboratory conditions and receive the right physical and chemical signals during this time.

In 2007, a team including Michel Pucéat, Inserm Director of Research and Philippe Menasché, demonstrated that human embryonic stem cells could differentiate into cardiac muscle cells after being implanted into the hearts of rats suffering from heart conditions.